If you’re a big vinyl record collector, listen up! 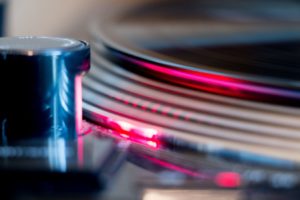 It’s very easy to think that the value of your collection really turns on both the condition and the artists behind those pieces of vinyl. For the most part, I would agree with you because if you think along those lines, most of your vinyl record collections’ valuation is taken care of.

After all, a copy of a good conditioned Beatles’ Sgt. Pepper’s Lonely Hearts Club Band album is going to be much higher than a pristine copy of the Beastie Boys License to Ill album. Hands down. The same goes for The Rolling Stones and other bands.

Now, with that said, you also have to look into preserving the value of your collection. This is where a lot of vinyl record collectors simply slip up. They think that as long as they buy the right records in the right condition made by the right artists, the value of their pieces of plastic will continue to go up year after year.

Not necessarily. If you only pay close attention to the shape of the thick cardboard your albums come in, as well as the external artwork, you’re missing a lot of the details that you should be paying attention to fall between the cracks. Why?

Well, it may well turn out that the piece of plastic vinyl that’s taken out that piece of cardboard album sleeve may not be all that well. What’s the culprit?

You bought the wrong used turntable then guess what? It damaged your vinyl! So, when it comes to crunch time, your title makes a few hundred dollars here and there. It’s just not going to happen because the vinyl has been damaged and sadly you’re the last one to find out. 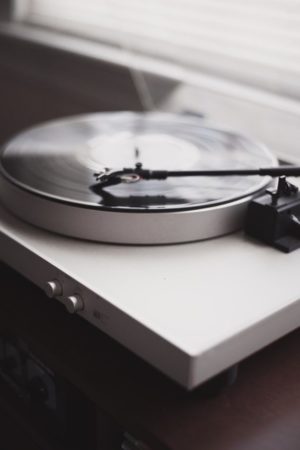 Now that I’ve gotten your attention, and I don’t adequately spell out what could go wrong, it goes without saying that you need to buy the very best used turntable that your money could afford. That’s just the bottom-line. And unfortunately, this is not as easy as you think.

In fact, in many cases, you have your work cut out for you. This is not the kind of thing that would jump out at you. It is not obvious. So you need to pay close attention to the following factors.

The first thing to look at is whether the turntable operates at the right speed. We’re talking about 45 and 33. So, can it do those tasks? You may be thinking that this is basic and this is the easiest thing in the world.

Not quite, because if you’re buying a used turntable, there’re all sorts of internal circuitry that might have gone bad. There might have some mechanical adjustments that are slightly off and these can translate into awful performance.

The worst part of this is that this performance may not be all that obvious to you but it’s really slowly damaging the quality of your record surface. There’s a lot at stake. So, make sure that the used turntable you’re thinking of buying, at least takes care of the basics.

2. Does It Perform Consistently

It’s actually the bigger factor because it’s one thing for a record player to turn at a certain set speed. Most record players are able to do that. The problem is, do they speed up abruptly and then slow down?

This might seem like a sort of mechanical or electronic hiccup and it is tempting to just dismiss this as just one of those things that happens every once in a blue moon, but you really can’t be all that casual about this. You can’t have that kind of attitude because this can actually destroy your vinyl collection if this happens enough and to the wrong record.

Let’s get one thing clear, you probably will be okay if you’re used turntable skips or performs at erratic speed when you’re playing Green Day album. However, it’s a flat-out unforgivable if it does the same thing when you’re playing an original Beatles album.

Do you see the difference? Good.

3. Is It An Original

A lot of people would like to buy originally used record players because it adds quite a bit of authenticity to the whole record playing experience. Believe me, I get all that. But the problem is, you pay a steep price for the authenticity because if it turns out that this record player is basically damaged, it has all these unpredictable hiccups. 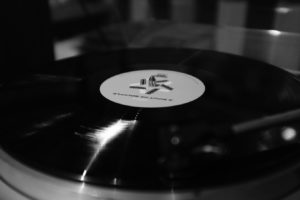 You might be destroying your vinyl records and you are the last person to know. So, there has to have some sort of trade-off between authenticity and all the bragging rights that brings with it and the practical concerns like keeping your vinyl records’ physical integrity intact that is long enough to preserve its value.

These are, unfortunately, not very easy values to way off and compare against each other. Eventually, you’re going to have some sort of judgment call. But by bringing this to your attention, you should have enough information so you can make a truly informed choice the next time you are in the market for a used turntable.

This video simply shows how joyful and pleasant owning the vinyl player can be: