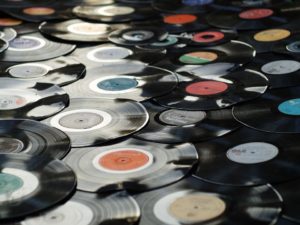 Vinyl records are a relic of a long-gone era. This is what most people think. After all, we live in a world of instant downloads. People no longer buy vinyl records.

Instead, they’d rather just put on their headphones, load Spotify on their mobile device or phone, and they’re good to go!

It’s no surprise that for too many of today’s generation, vinyl records are somewhat strange. They seem like relics of distant technological past. Well, be that is it may, vinyl records do bring their own distinct appeal to the table.

Why? Let’s face it. Today’s music is very intangible. You can’t see it, touch it or smell it.

You can only hear it and that’s pretty much it. There’s something lost in translation compared to, you, holding a vinyl record album, checking out the artwork and interacting with it. Seeing how the light bounces off the artwork as you hold it firmly in your hand you then take out the vinyl disc, whether it’s a 12 inch (30.48 cm) or a 45, and you lay it on the turntable.

There’s a tremendous amount of tactile diversity in this whole process. It’s as if you are following some sort of ritual as you take the music in its concrete solid vinyl form from the paper sleeve and slowly slap it on the turntable. We, then, take the head of the player and place it at the edge.

Before you know it, you’re treated to some hissing and popping. There’s just some sort of auditory magic. Does this sound familiar? Well, I just described ritual magic.

Because when you look at any kind of human ritual, whether we talk about religion or art, there’s always a process followed and when you look at great art being produced, it really is amazing.

The reason is that usually, artists follow a specific set of steps that enable them to translate whatever is going on in their mind, all the insights and inspiration involved, into something that you can see and something that can surround you.

Something like that triggers that spiritual spark in you that really resonates deep down inside. The final result is the existence scream out of you that you exist.

Given what I described, it’s no surprise that there’s still a market for vinyl records because admit it, today’s modern music is simply too disembodied, too theoretical and ultimately too impersonal for a lot of people. 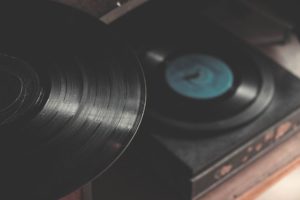 Maybe a lot of the buyers of vinyl records are doing so for nostalgic purposes. I’ll grant you that. Maybe some of them are doing the for more practical reasons. Probably they are DJs.

I don’t know if you go to a lot of electronic dance music or trans shows, but there’s just something about a DJ that actually physically handles the records. And then, changes them manually as he or she repositions the head on the turntable at the right place, at the right spot and at the right time.

This is how you can tell skill from mere coding or programming. Even that, is changing because a lot of our DJs can no longer be bothered with actually manually holding and handling the records. Instead, they just had a just a few dials here and there and outcomes amazing music.

Another reason why people would buy vinyl records is that it is part of a ritual. It is part of some sort of process of creation. While it’s obvious that you’re not creating the music yourself and you can leave that up to the artist, you are still part of the crowd that somehow “co-creates” the music through the shared experience.

It’s not much different from watching some sort of religious ritual. If you go to a Catholic ritual you would see that the priest oftentimes covers his hands with his vestments as he holds the chalice and then, on top of the chalice he holds the host. This has over a wide range of meaning and the crowd just feeds into the solemn energy that’s being created.

The same applies to the whole ritual playing music because music resonates on so many levels whether we are talking about psychological, emotional, spiritual and transcendental.

It really cannot be encapsulated into any easy words and that’s why using vinyl records for whatever limitations it may have compared to digital music, still continues to be attractive. 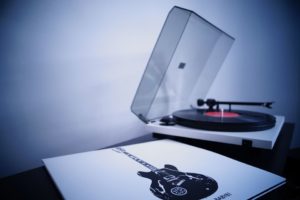 How To Buy Vinyl Records

First, you have to be clear as to your sources. You can buy from vinyl shops and you can buy online. Whatever the case may be, you have to have a shortlist of sources of the kind of music that you’re looking for.

Second, be clear as to the condition that you want. Are you a collector? Are you looking for Ziggy Stardust, Led Zeppelin, or old albums, that kind of thing? Or you’re just looking for the vinyl versions of modern music like Lady Gaga?

Next, you have to look for the best prices. None of us are made of money. So, it’s always a good idea to do some comparison shopping and check different online sources. The internet is great for this because you can size up different options so you can buy the very best of vinyl records at the right price.

Since the internet is a fairly open market, there’s a tremendous amount of competition among different sources. You can pretty much rely on this competition to yield at the very best price as far as you are concerned.

If you go through these steps, chances are, regardless of the genre of music you’re interested in, you will be able to find a great source and a pretty good deal. It doesn’t matter whether you’re looking for the Beatles Sergeant Pepper’s Lonely Hearts Club Band, Rolling Stones Exile on Main Street or Nirvana’s Never Mind, you will be able to find the right deal online if you follow the steps above.

Instead of the epilogue, here’s a great vinyl set from a famous vinyl enthusiast: